People of a certain age will remember those recruiting posters from the last century. Uncle Sam, representing the U.S. Armed Forces and wearing a top hat and bow tie, points a finger directly at – well, you — as big block letters spell out I WANT YOU! or UNCLE SAM WANTS YOU! The message was clear and persuasive: The military wanted you to enlist.

It still does. But its message has evolved.

The Uncle Sam posters played on the patriotism of potential recruits to encourage them to enlist, especially during the two World Wars. Today’s military still employs patriotism to attract recruits, but its pitches come with a different form of persuasion now: money, in the form of significant signing bonuses.

Enlist or re-enlist, and get a hefty chunk o’ change in addition to a regular military salary.

It’s part of the effort the Armed Forces are making these days to compete with the private sector, which is increasingly offering signing bonuses to attract and keep talent.

Mind you, the military’s signing bonuses aren’t on par with, say, the colossal sums being handed out to the world’s top professional athletes when they sign a new contract.

The military’s pockets are deep, but they aren’t bottomless. In 2022, military enlistment bonuses top out at around $50,000. But that ain’t hay, as they say, especially if you’re considering a career in the service anyway. The bonuses can be a difference-maker if the base pay in the Armed Forces is giving you pause.

One hundred-plus years after those recruiting posters first appeared, Uncle Sam still wants you in the military. And now he’ll do his best to make it worth your while.

The military provides two main types of bonuses for its personnel – a signing bonus to join up, and a reenlistment bonus to stay in the service when the previous enlistment term ends.

Yes, if you’re happy with a military career, you can pocket a signing bonus more than once, just as an athlete does every time he or she signs a new contract.

Plus, once they’ve enlisted, military members can receive other financial bonuses to supplement their salaries. Among them is a Quick Ship Bonus, available to new enlistees who agree to report to training within a certain amount of time after they join up.

And  an Airborne Enlistment Bonus is available to new recruits who sign on to join the Army Airborne School.

Of course, eligibility for these bonuses isn’t automatic. Not every new enlistee gets one. There are conditions that must be met for each of them, and they are paid out in different ways depending on the eligibility requirements.

It might mean that you need to enlist for a term longer than the usual three or four years of service. Or it might be that the best way to maximize your bonus is to sign up for a specific job in the military. In that case, the amount you get could depend on the level of demand for people to fill those positions at any given time.

Your level of education, branch of service and civilian experience can all play a role in your eligibility and the amount of the bonuses for which you qualify.

The military’s bonuses can change from year to year, too, depending on personnel needs in certain positions or vacancies in critical training areas. In January 2022, for example, the Army, raised its maximum bonuses for some new recruits to $50,000 from $40,000.

A military recruiter can fill you in on the current amounts and eligibility status of each bonus.

The military is always in the market for new recruits, but the need has become more acute since the COVID-19 pandemic began. As a result, bonuses for enlisting have risen to record levels in 2022 across most branches of the service.

Generally, an enlistment bonus is an established amount to be paid to the recruit in exchange for serving, usually from four to six years, in a specific military role.

That role, along with other factors such as civilian experience, the length of the recruit’s commitment, and other individual qualifications, determine the total amount of the bonuses for which each enlistee is eligible.

In 2022, the Army, Air Force and Navy all offer bonuses that can reach $50,000, though not every recruit will qualify for that amount. Most Air Force enlistment bonuses, for example, are about $8,000, with the higher amounts going to enlistees who sign on for more dangerous jobs, such as explosive ordnance disposal.

The amounts in the 2022 Marines enlistment bonus program range from $1,000 to $8,000 depending on the specific critical skills program in which a recruit serves during his or her training. Signing an extended service contract can qualify an enlistee for an additional bonus.

The maximum National Guard enlistment bonus in 2022 is $20,000, which requires a commitment of six years in a specified job.

An enlistment bonus is one of the ways the military is trying to entice young talent away from private sector jobs. In fact, the military may be alone in making signing bonuses of this magnitude available to high school graduates.

Not only does Uncle Sam still want you, he wants to keep you, too. That’s especially true when the job you’ve been doing and the skills you’ve acquired doing it are considered critical to accomplishing certain missions.

So, when an Armed Forces member’s term of service has ended, the military can offer a cash incentive – called a Selective Reenlistment Bonus (SRB) – for him or her to re-up for another term or extend the current term. The availability of SRBs can be fluid as the needs for certain critical skills fluctuate.

When it is determining its need to retain personnel in certain positions or with certain skills, the military breaks that last factor – how much active service experience a member of the Armed Forces already has – into three categories called zones.

For example, if there is a need for the Army to increase the number of its experienced cryptologic linguists (those who have foreign language skills to support wartime operations), it would offer SRBs appropriate for either Zone B or Zone C.

So how big are reenlistment bonuses? They can be as high as $90,000, though that’s currently the tippy-top of the scale the military uses to determine them. Most SRBs will be smaller. There is a formula based on the eligibility factors that includes a multiplier for the Rating, MOS or AFSC; the reenlistee’s monthly base pay; and the number of years for which he or she is reenlisting.

However, regulations prevent an SRB from being: 1) More than 15 times the amount of the service member’s monthly basic pay; or 2) More than the amount in base pay he or she would receive over the years covered by the reenlistment, up to the $90,000 maximum.

In some cases, the military is in a hurry to get certain people to certain locations. One of the ways it tries to accomplish that is to offer a Quick Ship Bonus to recruits who are willing to report to basic training quickly.

The Army started its Quick Ship program in 2007, when it was having trouble meeting its recruitment goals. It it was an immediate success.

As with other military signing bonuses, the availability and amount of Quick Ship Bonuses depend in some cases on the job for which the enlistee qualifies. He or she must commit to a minimum enlistment of two years.

As of early 2022, the Army’s current maximum Quick Ship Bonus was $19,000 if the recruit reported to training within 30 days of enlistment. If the report date is between 31 and 60 days after enlisting, the bonus maximum is $7,000. The amount is smaller for reporting within 90 days.

The Navy, facing shipping gaps in the spring of 2022, was offering as much as $25,000 regardless of Rating for new recruits willing to enlist and ship out by the end of June. That maximum increased to $35,000 for certain Ratings areas, such as submarine information systems technicians.

And to meet sudden and unexpected needs in spring of 2022, the Air Force was offering an $8,000 bonus to those who were willing to ship out to basic training within five days.

In most cases, a Quick Ship Bonus can be combined with other enlistment bonuses in the Army, Navy and Air Force as long as the total doesn’t exceed the 2022 maximum of $50,000.

For new Army recruits, a bonus of as much as $10,000 is available if they join the Army Airborne School and commit to parachuting out of airplanes. That bonus is doubled – to $20,000 – if they continue their training to become an Army Ranger through the Ranger Assessment and Selection Program (RASP).

Neither Airborne School nor RASP (a pre-requisite for Ranger School) is easy, however, and the awarding of both bonuses is dependent on the recruit completing the courses.

The pass rate for enrollees in Airborne School has been around 60%, though it fluctuates from year to year. The completion rate for RASP generally is only 35 to 40%. (Ranger School pass rates are even lower; historically, only about a third of those who begin the process make it through.)

It’s intense. But If you see it through to the end, Uncle Sam will reward you handsomely.

How Are Military Signing Bonuses Paid?

So, let’s say the military’s signing bonus pitch has convinced you. You’ll enlist, or reenlist. Now it’s time for Uncle Sam to show you the money.

But before he does … remember those conditions that have to be met?

For new recruits, one of those conditions is basic – as in basic training. The military promises new enlistees a bonus as soon as they sign the paperwork, but it doesn’t actually pay it out until the recruit finishes his or her initial training.

In the Army, that’s 10 weeks of basic training. The Air Force’s basic military training is a 7 ½- week session (reduced during the pandemic from eight weeks). Basic training in the Navy lasts eight weeks. And in the Marines, basic training’s four phases cover approximately 13 weeks.

Make it through, and you can expect to see your bonus – some of it, at least. Department of Defense military pay regulations stipulate that the first installment of an enlistment bonus can’t exceed $7,000. If you’ve got more than $7,000 coming to you, the rest of it will come in future installments that can’t be paid out less frequently than once every three months.

Uncle Sam pays his Selective Reenlistment Bonuses (SRBs) in installments, too, but the first one comes almost immediately – either on the day of reenlistment or the first day served in the extension of the term. No training or other service obligations need be completed.

There are minor differences in the payment timing for later installments of SRBs depending on the reenlistee’s experience zone (A, B, or C).

A Regular Reenlistment Bonus (RRB) — as opposed to a Selective Reenlistment Bonus — is available, too, but only to Armed Forces members who were on active duty on June 1, 1974. Those bonuses normally are paid in a lump sum on the day the member reenlists, though if the reenlistment is an extension for two years or more, payment isn’t made until the member actually begins serving the extension.

So yes, Uncle Sam still wants you, just as he did a century ago. The military’s current signing bonus system is designed to make you want him, as well. 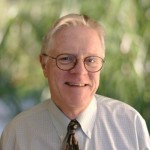