Opting for a military career opens the door to a treasure trove of job perks, ranging from education benefits and health care to guaranteed housing loans and the regular income from military pay. But for those who see their careers through to retirement, it’s hard to top the lifelong promise of financial security offered by a military retirement plan.

The dollar amount of a monthly retirement payment varies and is based on several factors, including total length of service and your rank at the time of your retirement.  Fortunately, as you age, your military retirement pay is designed to keep pace with the cost of living through annual assessments that factor in the rate of inflation. This protection is known as the Cost of Living Adjustment, or COLA.

Unfortunately, predicting how rising inflation will affect your retirement pay isn’t always easy. There is no COLA military calculator for determining new pay rates, as increases are tied to inflation and a series of measurements. But awareness of a few key factors can give you a better idea of any expected COLA increases and what you should expect.

What Is a Cost of Living Adjustment?

Military retirement pay is protected from the rate of inflation by an annual Cost of Living Adjustment (COLA), which is based on changes in the Consumer Price Index as measured by the Department of Labor. The purpose of COLA is to ensure the purchasing power of retired military pay isn’t eroded over time by inflation and changes in consumer prices.

COLA increases for military retiree pay must be presented as a bill and voted on by Congress. The announcement of any COLA changes is made each December and payouts begin in January.

Again, a Cost of Living Adjustment is used to offset the impact of rising prices in the U.S. economy, also known as inflation. Typically, COLAs are equal to the percentage of inflation as measured by the Consumer Price Index, a report generated by the U.S. Bureau of Labor Statistics. As an economic indicator, the CPI is the most widely used means for tracking inflation. Data tracked in the Consumer Price Index is used as the means for adjusting incoming payments to nearly 80 million people, including millions of military retirees.

To generate the CPI and track inflation, the Bureau of Labor Statistics monitors the average change over time in  prices consumers pay for a set selection of goods and services such as food and beverages, housing, clothing, transportation, medical care, recreation, education, communication and more. The prices used to calculate the CPI are continually tracked in 75 urban areas throughout the country and from about 23,000 retail and service establishments. Data on rents are collected from about 50,000 landlords or tenants.

While the CPI has been the standard for determining COLAs since the mid-1970s, there have been proposals and attempts at reworking the calculations in an effort to reduce payouts and increases. One proposed measurement, called chained CPI, would alter the way the rates are set – and it isn’t favorable to retirees. Chained CPI is a measurement that reduces the traditional CPI based on a theory that as the cost of some goods increase, consumers will opt for lower-priced goods. For example, as the price of steak increases, consumers might instead opt for less expensive alternatives such as ground beef or chicken. As a result, a chained CPI measurement assumes a beneficiary wouldn’t need as significant an increase in their pay rate to cover the expense of their second choice.

While the chained CPI has yet to be enacted as the tool of choice for measuring COLA numbers, Congress has toyed with military retirement pay before coming to its senses. In 2014, Congress agreed to decrease the annual COLA. Under the plan, retirees would receive an annual COLA of 1%, up to the age of 62, at which point they would receive a one-time adjustment to bring their compensation back to the level it would have reached under the full COLA method that’s in place now. The change was later scrapped and the current method was resumed.

As inflation gained traction in 2021, military retiree pay saw its largest Cost of Living Allowance in decades, starting with the January 2022 payment. Set at 5.9%, the allowance was the highest since 1982 (7.4%). The 2022 COLA is a result of rising prices tracked in the Consumer Price Index from December 2020 to December 2021, when prices for all items rose 7 percent, the largest December-to-December percent change since 1981. Commonly used items and staples saw major price increases over the year, including gasoline (49.6%), meat (12.5%), used cars and trucks (37.3%), and apparel (5.8%), according to the CPI’s 2021 review.

While the 2022 increase was significant, looking back at the history of COLAs might offer some clues and context for what to expect for adjustments in 2023 and beyond.

Who Is Eligible for COLA Increases?

Moving forward, how will any scheduled Cost of Living Adjustment changes impact your income as a military retiree? Unfortunately, there isn’t a one-size-fits-all formula for calculating an adjustment and the answer will depend on your retirement plan.

Those who retired under the Final Pay or High-3 plans and who have been retired for 12 months or longer should receive the full COLA increase. If you retired less than 12 months ago, your retirement could be affected, as COLA is applied on a sliding scale if you retire during the calendar year. The sliding scale is available from the Defense Finance and Accounting Service. Fortunately, the reduced payment will only apply once. Retirees will then receive a full COLA after the first anniversary of their retirement.

While some military retirees will enjoy fairly predictable and consistent changes to their pay levels, others will see smaller increases. If you opted to retire under the REDUX retirement plan and received the $30,000 Career Status Bonus at the 15-year mark of your military career, your Cost of Living Adjustment will be less each year than the announced increase. Specifically, those under the REDUX plan will see COLAs set at the level of the Consumer Price Index, minus 1%. For example, for 2022, REDUX plan retirees received a COLA of 4.9% instead of 5.9%. There is one exception to the REDUX plan’s minus-1 rule: If the COLA rate is 1 percent or less, the COLA for the REDUX retirement plan will be the same as for all other retirement plans.

For REDUX veterans feeling some buyer’s remorse about accepting the $30,000 Career Status Bonus instead of opting for full COLA increases, there is some good news. REDUX retirees do receive a one-time pay adjustment at age 62 that increases their pay level to where it would have been without the decreased COLA. But after the adjustment, the annual COLA of CPI minus 1% resumes.

Understanding how higher prices and inflation impact your bottom line can be a source of stress as you navigate your retirement. Fortunately, Cost of Living Adjustments should offer some peace of mind that your purchasing power will be enhanced in the years ahead.

However, if inflation and higher prices have clouded your financial picture and are keeping you from enjoying your retirement, it may be time to contact a nonprofit credit counseling agency. Credit counselors are trained and required to offer advice that’s in your best interest, meaning you will see all the best options for straightening out your budget, finances and debt. 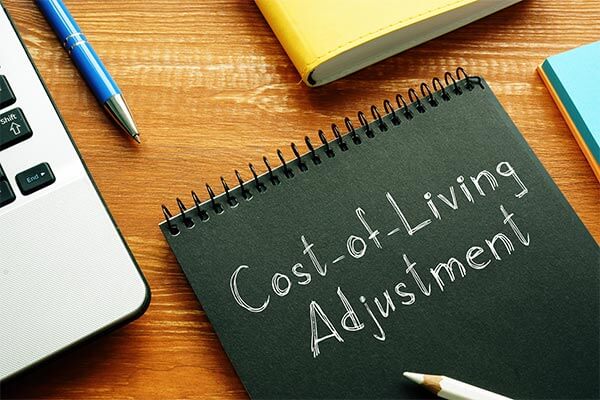 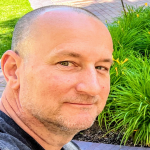 Craig Richardson is a military veteran who started his journalism career while serving in the Navy. Following overseas deployments to the Med and Middle East, including service in Operation Desert Storm, he left for the private sector but continued with journalism. He has worked for several publishers and news organizations over nearly 30 years and continued to cover stories with ties to veterans and military affairs throughout his career.