The reality of military service is that nearly 85 percent of personnel leaving active duty each year do so with honorable discharges or a general discharge under honorable conditions.

Their departures may not be the stuff of overly dramatic TV scripts but the benefits earned during their active duty are one of the most important thank-you-for-your-service gestures they’ve earned.

Another reality of military service: Some service men and women were discharged under circumstances that may have unfairly affected their benefits.

Some benefits haven’t been available to veterans carrying other than honorable discharge papers. The VA has recently sought to rectify that where appropriate with a 2021 outreach program.

The program is aimed at making veterans with other than honorable discharges aware of their benefit eligibility and, where applicable, the available pathways to request a discharge upgrade in cases where the original discharge was related to mental health conditions, sexual orientation, gender identification, HIV diagnosis, or sexual assaults and harassment.

“VA has been working to increase awareness for Veterans with Other than Honorable Discharges (OTH), seeking to educate on eligibility for benefits and services, despite the character of discharge (COD) assigned at separation,” a VA spokesperson said. “Too often, veterans choose not to engage with VA, thinking the OTH discharge makes them ineligible for VA benefits and services. However, in some instances, they may still be found eligible to receive healthcare and/or compensation.”

In short, there could be recourse benefit-wise for those vets branded with less than honorable discharge status.

What Benefits Are Available to Honorably Discharged Veterans

The brief answer: everything from disability pay to tuition assistance  and military discounts.

Honorably discharged vets are eligible for all VA benefits. Those include:

These benefits are applicable to family members as well. They’re also available to Chapter 13 honorable discharge (a discharge under honorable conditions for a soldier whose record and performance is satisfactory.)

“The most common alternative (to an honorable discharge) is a general discharge,” said Brad Biren, a  VA-verified attorney with IQMOP Consulting in Des Moines, Iowa. “For VA pension benefit purposes, all forms of discharge besides dishonorable are acceptable.”

As mentioned, honorably discharged vets are eligible for all VA benefits. Those with a general discharge under honorable conditions are also entitled to all VA benefits with one exception – GI Bill education benefits.

Those two discharges are cut-and-dried as far as available benefits go.

Here are the various other discharge categories:

Other Than Honorable Discharge (OTH): Reflects serious departures from the conduct and performance expected. The VA character of service review will determine if you’re entitled to the benefits you’re seeking (disability compensation, health care, etc.) The character of service determination happens when a vet applies for certain benefits.

The VA’s outreach program promotes reviewing OTH discharges that may have been based on cases where the conduct in question was related to post-traumatic stress disorder (PTSD) and sexual harassment or assault, or sexual orientation before the 2011 repeal of the Don’t Ask Don’t Tell policy.

Dishonorable Discharge: Issued by a court martial. This is reserved for the most serious offenses. Not eligible for any benefits.

Entry-level Separation: Considered neither honorable or dishonorable, it applies to military members who must leave the service within the first 180 days. The reasons could be medical or a failure to complete basic training. Not enough accrued time to qualify for benefits.

Medical Discharge: Applies to injuries, conditions or disabilities made worse through military service. If you received a medical discharge under honorable conditions, including a general discharge, you’re entitled to nearly all of your VA benefits. You may also qualify for VA disability compensation if you were injured while serving, or a condition you had was made worse while serving in the military.

Dismissal: Applies to commissioned officers and carries the same onus as a dishonorable discharge. Ineligible for benefits.

The VA conducts general outreach throughout the year to educate veterans on the benefits and services available to them. In February, the VA held a virtual listening session with approximately 100 veterans service organizations, legal clinics and VA staff.

“The listening session allowed VA to listen to feedback and ideas regarding outreach, increased access to services, partnering, and critical emergent needs for OTH veterans,” a VA spokesperson said.

Dishonorable vs. Other Than Honorable Discharges

A dishonorable discharge is not the product of the occasional departure from required conduct and performance. There’s not much gray area. It’s handed down only by conviction of a general court martial for serious offenses such as desertion, sexual assault or harassment.

The VA’s outreach program isn’t meant for that tiny percentage of the nearly 200,000 service men and women who receive dishonorable discharges. It’s aimed at reaching those vets who may not know they’re eligible for certain benefits if they received a less than honorable discharge.

Vets with anything other than a dishonorable discharge should contact their regional VA office for help in determining eligibility for certain benefits.

Other Than Honorable Discharge Benefits

Veterans with OTH discharge status might nevertheless be entitled to general services, including:

Character of service determination is sometimes performed by a vet’s local VA regional office to determine benefit eligibility. That determination, of course, can depend on the type of discharge received at separation.

For instance, an example previously mentioned is educational programs. While the General Discharge Under Honorable Conditions qualifies you for all VA benefits, vets discharged with that status are not entitled to the educational programs offered by the G.I. Bill.

How Veterans with Dishonorable Discharges Can Get VA Health Care

Vets whose dishonorable discharge status stemmed from incidents related to PTSD and traumatic brain injury (TBI) may qualify for a discharge upgrade. Those are conducted by each branch of the military’s respective discharge review boards. They could be eligible for benefits related to:

Veterans who had another period of service which ended under honorable conditions (for which statutory bars did not apply) could be eligible for benefits earned during that service.

The VA has leeway in reviewing other than honorable discharge cases when a veteran who has received such a discharge applies for benefits. But not in all cases.

There are statutory bars that prevent the VA from granting entitlement to benefits for vets under certain circumstances:

Regulatory bars prevent the VA from issuing benefits under the following conditions:

How to Get a Discharge Upgrade

Some vets may decide to seek a discharge status upgrade, whether expressly to seek benefits previously denied or unknowingly unclaimed or  just to correct a  discharge status they believe was unfairly determined.

Each case is reviewed on its own merit by the respective branches of the military. But it’s generally agreed a vet could make a strong case for a status upgrade based on the following:

“For those who discharges were dishonorable due to sexual orientation, the VA offers a record correction process that does take time,” Biren said. “It is important [for vets] to have their DD-214 available, as it is required, to amend it to state the nature of the discharge. Allow the VA about one year to make these corrections.”

Over the past three years, the VA estimates its eligibility determination rate for OTH veterans above 72% in granting those vets access to benefits and/or healthcare.

“VA does not track the circumstances related to the veteran’s discharge,” the spokesperson said. “VA continues to encourage veterans to apply, regardless of the character of discharge, and allow VA to determine eligibility.”

Go to the VA website for discharge upgrades and for customized, step-by-step instructions on how to apply for an upgrade or correction.

The process could make available benefits previously denied you upon the conclusion of your service. Even if upgrading a discharge status fails, you may learn of  benefits you assumed did not apply to you.

Benefits received or denied can significantly affect your financial health. If your chances of reaping those benefits require a character of service determination, it’s in your best interest to seek help from a VSO or an accredited attorney. 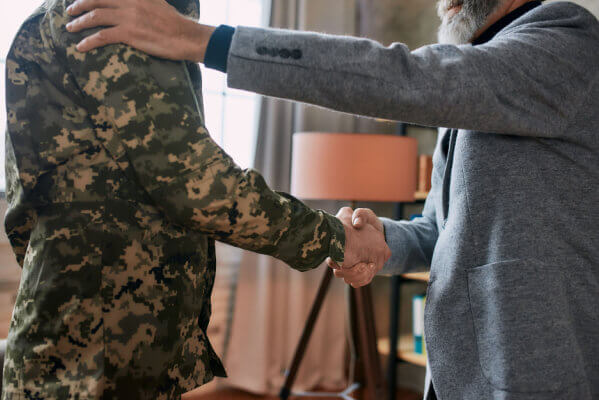 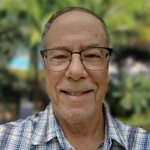 After a 45-year career in journalism, Robert's focus is helping consumers cope with personal finance issues. Finding solutions to paying off credit card debt, mortgage payments and that darn student loan, is far more fulfilling than explaining why the Cleveland Browns can't win (It's the quarterback!!). Robert wrote about the Browns and all Cleveland sports as a columnist at the Plain Dealer before transitioning to television sports commentary at WKYC. Now, his passion is helping people navigate their personal finances.