An MOS, or military occupational specialty, involves the breathtakingly wide range of jobs carried out by members of the United States armed forces — more than10,000 different specialties covering a vast array of skills, interests, opportunities, and levels of responsibility.

An MOS can be absolutely precise, a meticulous description of the skills required and job to be performed. Others are purposely generalized.

Moreover, while every MOS has a military function, not every occupation is military-specific. MOS designations can include civilian workplace equivalents, such as administration, engineering, construction, information technology, communications, logistics, maintenance, healthcare, and so on

MOS lists are used to define and detail jobs/specialties in the armed forces. Specialties that are similar or related are gathered into branches and categorized within various Career Management Fields. Each job is given a unique designation; related specialties within a category get the same two numbers, followed by a letter assigned to a particular specialty.

Training for each job is as specialized as the specialty itself. Opportunities for advancement are available in each, as are opportunities to move laterally, change to other MOS ratings, and expand skills through training.

The Infantry Branch comprises the main combat force on the ground. Its assignment: defeat enemy ground troops. Recruits are assigned MOS 11X as enlistees, and are designated as Infantryman (11B) or Indirect Fire Infantryman (11C) during training.

The Corps of Engineers organizes specialists who are equally adept at building and destroying. Their MOS specialties include:

Air Defense units operate and maintain systems designed to impede or intercept enemy-fired long- and short-range missiles. Patriot Batteries are deployed to such areas of South Korea and Israel to deter and challenge threats of incoming enemy missiles.

MOS positions in Special Forces include:

The Signal Corps’ task is to provide secure, reliable communications between the soldier on the ground, helicopter over a combat zone, and ground commanders. Signal Corps units also are relied upon to intercept, gather and translate or decipher verbal/nonverbal enemy communications.

The Judge Advocate General’s Corps, the legal arm of the U.S. Army, has opportunities for enlistees. A Paralegal Specialist carries the MOS 27D designation.

Military Police are assigned the task of protecting lives and property on Army installations domestically and around the world. MPs carry out most of the functions of a city police department or county sheriff’s office. The regulate traffic, help prevent crime, respond to emergencies on and off base, and enforce military laws and regulations. MPs also investigate crimes and have arrest authority. MP canine units detect illegal activities using police dogs and protect their base with bomb-sniffing dogs.

The Financial Management Technician’s designation is MOS 36B.

The Army Healthcare system relies on the support of the well-trained men and women of the Medical Community. Involving the full menu of medical professionals, the Army medical staff is organized to assist in combat zones and stateside hospitals.

Transportation Specialists operate and repair transportation vehicles across the Army arsenal, including air, land, sea and rail. Their specialties include:

Ammunition Specialists are involved in ammunition, mechanical maintenance, and ordinance. Designations include:

The Quartermaster Corps provide soldiers with food, water, petroleum, repair parts and other services during operations. Quartermaster specialties include:

Infantry (03) includes ground forces trained to locate and destroy the enemy by fire and maneuver or repel their assault by fire and close combat. These roles all require high levels of fitness, mental toughness and tactical proficiency.

Logistics (04) Marines provide general and direct support above the organic capabilities of the support element of the Marine Air-Ground Task Force (MAGTF). Marines in the logistics unit may support the MAGTF in assaults and operations ashore.

Engineer, Construction, Facilities and Equipment (13) Marines have duties such as welding and metalworking and are responsible for maintenance, operation and repair of heavy engineering equipment.

Linguist (27) Marines supervise and participate in translation and interpretation activities to support military operations and intelligence matters during operations and exercises.

Distribution Management (31) Marines coordinate travel and shipments. They assist with the shipping of military and personal property and help marines and their families with moves from base to base, contracting civilian moving companies. They also oversee movement of military equipment and supplies and must know how to handle and store hazardous materials.

Food Service (33) Marines prepare food for other Marines in the garrison and the field. They may help plan how much food is needed for Marines who work and live in the field during deployments.

Motor Transport (35) is considered a primary MOS and is reserved for Marines holding ranks from Private to Sergeant. Motor Transport Marines are responsible for making sure all vehicles used in the field are inspected, maintained and in top condition. They may oversee repair and maintenance of transport equipment, service fuel and water tankers and HUMVEEs. This field also includes motor vehicle operators who complete motor transportation school to learn to drive a variety of USMC vehicles.

Morale Welfare and Recreation (41) Marines see to the well-being of military families and service members. Jobs in this MOS include basic exchange Marine and Morale, Welfare, Recreation (MWR) specialist.

Public Affairs (43) Marines build understanding, credibility and trust with local and international citizens and media organizations. They are responsible for communicating plans and coordinating and implementing communication strategies to build relationships. They gather news and stories distributed via writing or through television broadcasts. They may conduct interviews or perform minor investigative work to gather information.

Legal Services (44) Marines assist military officers who have studied law and are licensed attorneys. They must understand various military laws and proceedings to help both Marines and civilians. Jobs include basic legal services, legal services specialist and legal services reporter.

Combat Camera (46) Marines use various camera equipment to photograph people, places and deployments for historical intelligence/civil affairs. They also capture videos pertinent to the mission and use software to clean up video and images useful for missions.

Chemical, Biological, Radiological and Nuclear Defense (57) Marines defend against any type of chemical, biological, radiological and nuclear (CBRN) attack that could occur in their jurisdiction. They issue and inspect gas masks and related equipment and train Marines on how to use them.

The Air Force has 135 jobs available to enlistees. These occupations are designated by a five-character alphanumeric code — the Air Force Specialty Code (AFSC).

Operations covers the vast majority of Air Force combat activities, and is broken down into nine career fields.

Special Duty Assignments are usually jobs a member performs temporarily, working outside their assigned AFSC. When the special duty tour is completed, members typically return to their primary AFSC (enlisted job). Examples would be a recruiter, first sergeant, or military training instructor.

9A2XX Awaiting Discharge, Separation, Retirement for Reasons Within Their Control

9A3XX Awaiting Discharge, Separation, Retirement for Reasons Beyond Their Control

When is an MOS not an MOS? When it goes by the title “rating,” which is how the U.S. Navy classifies its occupational branches and individual jobs. The Navy’s 93 ratings are organized into groups known as communities, such as aviation, medical, security, submarine, surface operations, nuclear, administration, and so on.

Ratings identify general enlisted occupations consisting of specific skills and abilities. Specialty badges are assigned to each naval rating, and worn on the left sleeve of the uniform.

The Navy’s ratings include:

All specialties of the medical and dental communities branch off from the Hospital Corpsman rating.

Because they’ll be hands-on operators of nuclear reactors, applicants for this highly competitive field must be well-qualified in math and science. The Nuclear Field (NF) offers three ratings:

The construction branch of the Navy, SEABEE comes from the abbreviation CB for “Construction Brigade.” Beyond their work as builders, however, Navy construction workers and engineers are warriors, trained in combat tactics and maneuvering in defense of their positions and construction sites.

At bases and forward operating sites, Military Police and the Naval Master at Arms ratings are assigned the task of maintaining safety and keeping the peace by establishing security procedures, controlling access, enforcing existing laws, and deploying defensive tactics as necessary.

Nuclear-powered submarines command some of the Navy’s most highly skilled workers. Among the specialists in the Submarine Community:

Among the ratings within the Navy’s Surface Combat Community:

Ratings for the engineers and mechanics who take care of the engines powering the ships of the Navy include:

The U.S. Coast Guard also calls its occupational assignments ratings, and, like the Navy, categorizes them by responsibility. The Coast Guard has nearly two dozen ratings for enlistees.

Clearly, the U.S. military offers a wide variety of occupations, responsibilities, and experiences, many that thoroughly prepare an armed services veteran for significant opportunities in the civilian world.

Potential enlistees, as well as active-duty personnel considering a job change, should make themselves well-acquainted with the job requirements of the fields that interest them before talking to a recruiter or military career counselor. Know what you’re thinking about getting into.

To help ascertain a prospect’s fitness and suitability, the several military branches require applicants to pass certain tests. How well the candidate scores plays a critical role in determining whether (s)he gets the job of her/his choice. 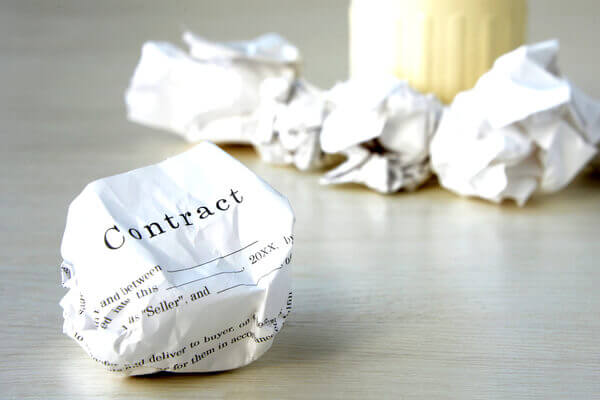 Tom Jackson focuses on writing about debt solutions for consumers struggling to make ends meet. His background includes time as a columnist for newspapers in Washington D.C., Tampa and Sacramento, Calif., where he reported and commented on everything from city and state budgets to the marketing of local businesses and how the business of professional sports impacts a city. Along the way, he has racked up state and national awards for writing, editing and design. Tom’s blogging on the 2016 election won a pair of top honors from the Florida Press Club. A University of Florida alumnus, St. Louis Cardinals fan and eager-if-haphazard golfer, Tom splits time between Tampa and Cashiers, N.C., with his wife of 40 years, college-age son, and Spencer, a yappy Shetland sheepdog.